All tickets will be refunded.

All covered in one conference. Since 2017.

We are closely monitoring the situation around the Coronavirus.

According to the German Ministry of Health, right now the risk of getting infected in Munich is "low" with no restrictions on events.

Since the situation is unpredictable, we are working on the Plan-B streaming the conference online.

Your safety is our top priority.

Python consultant with an entrepreneurial blend

This talk will showcase how to use pyramid_openapi3 for building robust RESTful APIs. With only a few lines of code you get automatic validation of requests and responses against an OpenAPI v3 schema. You also get automatically generated “try-it-out” style documentation for your API.

Web applications have historically been plagued by vulnerabilities which allow attackers to compromise the session of a logged-in user: XSS, CSRF, clickjacking and related issues are common problems that most developers learn about – often the hard way! Luckily, new security mechanisms available in web browsers in 2019 offer exciting features which allow developers to protect their applications. In this talk, we’ll introduce these features and explain how to most effectively use them.

We’ll start by reviewing major threats based on an analysis of thousands of vulnerability reports Google receives each year under our Vulnerability Reward Program. We will find common themes between bugs which appear unrelated and focus our attention on the most frequent high-risk problems.

We’ll then turn our attention to protective mechanisms implemented in modern browsers, which address entire classes of security problems. This includes CSP3 and Trusted Types to prevent XSS, Fetch Metadata Request Headers to protect from CSRF, and CORP/COOP to mitigate the threat of Spectre. For CSP and Metadata Request headers we’ll provide reference implementations for Python.

By the end, you will have a good understanding of common threats and a TODO for enabling protections in your application.

Call for proposals is running on papercall.io/pyconweb20.

So we’re attending this amazingly well run Python conference which is being hosted at @Microsoft HQ in Munich. Yeah take the time to appreciate the previous sentence, I’ll be here when you’re back. @pyconweb #pyconweb18 pic.twitter.com/7gGrOjCDnX

Thank again PyConWeb for a great weekend of talks. You've inspired me to do epic shit. 😀 pic.twitter.com/1jcyGbZmDf

My personal highlight @ #microsoft building in Munich. #PyConWeb18 thanks for a great conference. Many impressions and ideas and very nice people. Great experience! Special thanx to the orga-team from #pyconweb... Great job! pic.twitter.com/30JmEUbmlZ

#PyConWeb was an adventure! 🙂 Cody is on his way back to Frankfurt. Thanks to the crew, sponsors, speakers and attendees for two days full of interesting input, ideas and talks! 🚀 🐍 #codemonauts #pyconweb18 pic.twitter.com/g83o0fpgvM

#pyconweb tip for ‘post conference nostalgia’ feeling: save your conf t-shirt for the day after. Or use a lot of after shave / perfume 😉 pic.twitter.com/WeISbnfWVc

It was a lovely weekend at #pyconweb18 this year! Looking forward to the next one. You can find the presentation code at https://t.co/LVlrcv69Xc if you want to have a look. Happy coding to everyone! And many thanks to @pyconweb team.

Today @pyconweb I realized what means community power: you may lose your voice, yet the conference runs perfectly well thanks to all people stepping in and making it even better! Two words I’ll still say loud: THANK YOU! pic.twitter.com/otcrsGC28T

The @PyConWeb organizers did an amazing job for a first-year conference, great work! https://t.co/yTjIvOSV82

Thank you @pyconweb for such an amazing event you pulled off in only a few months. Great work. Looking forward to the 2018 edition. pic.twitter.com/4yNaxdcmIn

Time flies when you are having fun! Huge thanks for the organisation team #pyconweb #pyconweb18 look forward to the next conference! See you in #pyconweb19 :-) @pyconweb pic.twitter.com/ABdjWz0y02

#PyConWeb was totally worth it, even presented a Lightening Talk today about #PloneReact! Couldn't show all I wanted (which included #WordPress Gutenberg) but core was there and I think it made a good impression: #Plone #LiveAndKicking

Thank you, the team of the @pyconweb, for a great #pyconweb18, you did a great job! pic.twitter.com/tFqboSBzV7

It was a pleasure and honour to be at the first #PyConWeb. Many thanks to the organisers and volunteers. https://t.co/cNSjwUdt99

Big thanks from the #pyconweb team to community! Your trust and support is our best motivation! pic.twitter.com/hcxijuHc6g

Want to know how cool #pyconweb is? *That* cool... :-) pic.twitter.com/UsobhlxGx9

#PyConWeb Munich was just amazing! Interesting talks and workshops but most of all great people! Hope to see you next year! https://t.co/cTXjzwa09k

Back in the Netherlands after #pyconweb Thanks everyone for the conversations & talks. Came home with more ideas for Morepath!

A big thank you to the #pyconweb organizers. Really well done. What a smooth organization. Talking-from-experience-here (TM).

Thank you @pyconweb for inviting me to open the 1st #PyConWeb in Munich. Excellent conference, looking forward to next year!

Thanks @anton_caceres and all other @pyconweb people for an amazing conference! The best coffee in Munich was really the best 😊☕ #pyconweb pic.twitter.com/ieVbq02nx0

Have I mentioned that coffee at #pyconweb is awesome? I might overdose today pic.twitter.com/KXDLB2Bv0z

Thank you so very much for making my very first Python Conference such a pleasant experience! Well done guys! 🐍🙌

I will attend a #pyconweb 2018 and spread the word. Great conference! #python #munich https://t.co/I5QP0ttgjl

My boss plays the big spender at #pyconweb. 🍦Congratulations to the team on organizing this great event! https://t.co/VeTnXFE6oA

two hours into the #pymunich sprint and i’m already overloaded with awesome people and useful information. this is gonna be a loong weekend.

Thank you and congratulations to all the #PyConDE16 organisers and volunteers for running an excellent conference.

.@PyMunich wins best coffee and beer of conferences I’ve been to. Made to order coffee and maß beer is nice touch along with great community

Had a blast at #PyConDE16 - thanks to the team for a well-organized and fun conference! 🙏 @PyConDE @PyMunich 👍

thanks @PyMunich ... it's been a great weekend!

Thanks to everyone at #PyConDE16 (and above all, the organisers) for an excellent weekend! See you again soon.

Leaving #Munich heading to #Berlin, thanks @PyMunich for the conference ! #PythonCommunity

Thanks to the organizers for making #PyConDE16 awesome. Now if only DB were on time too 😋

The international scope for #PyConDE16 was good decision

Now on my way home after a great weekend in #Muenchen at #PyConDE16 sadly i've got a bad cold :( but it was great nonetheless :) pic.twitter.com/B1l1O00O0o

Gorgeous weather during a gorgeous conference. A great thanks to the conference team in Munich for making #PyConDE16 happen. https://t.co/cR72A1W8MR 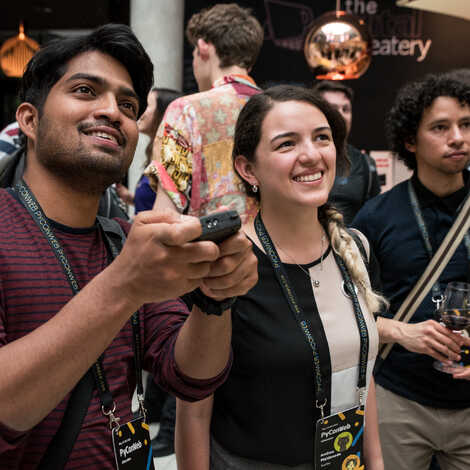 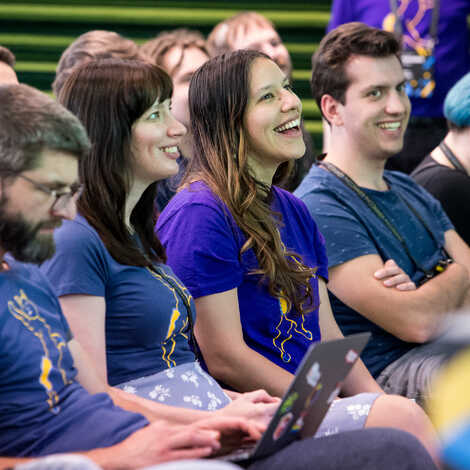 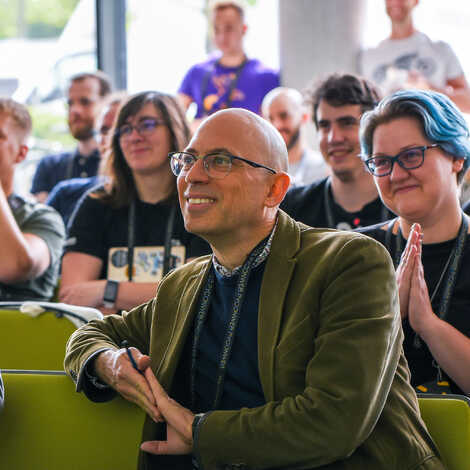 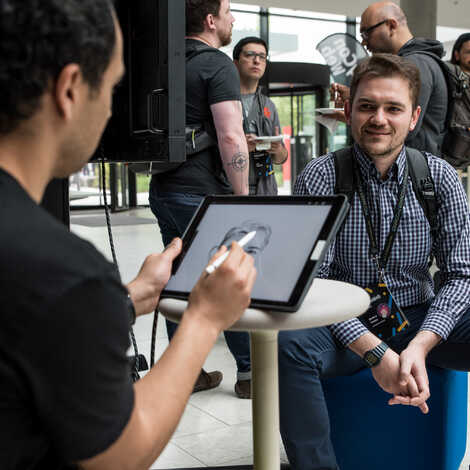 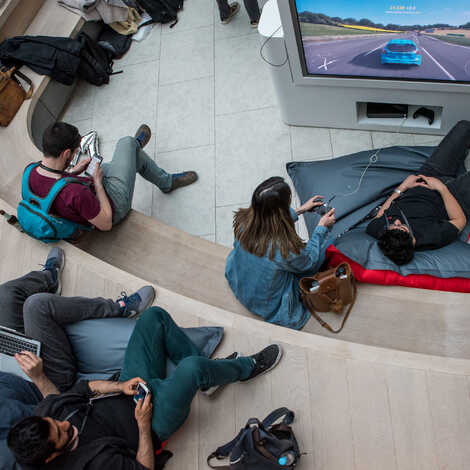 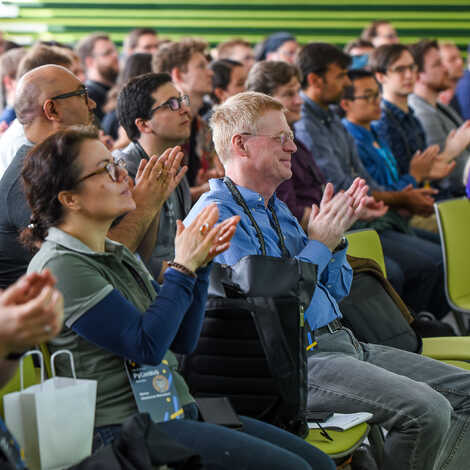 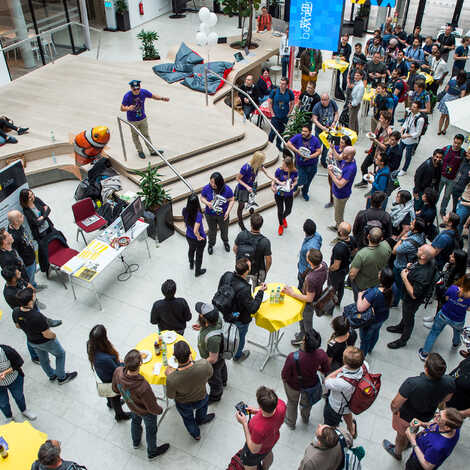 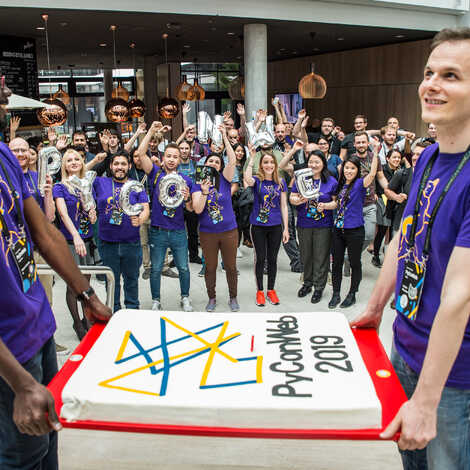 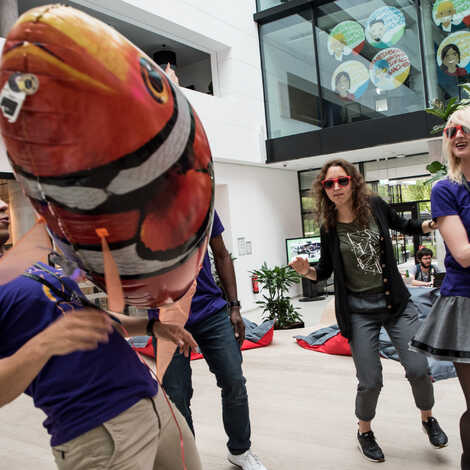 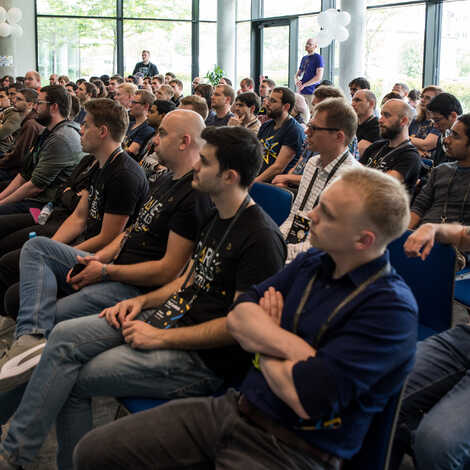 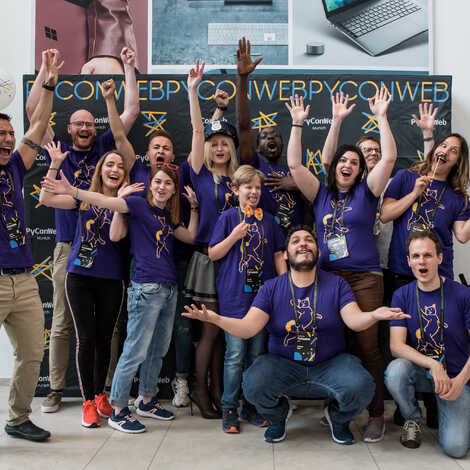 PyMunich started in 2015 as a meetup. But we were ambitious: 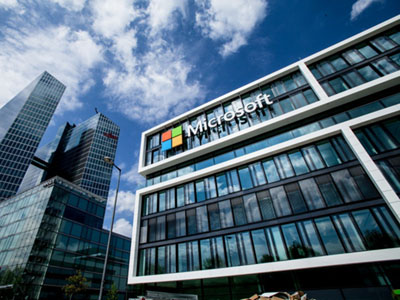 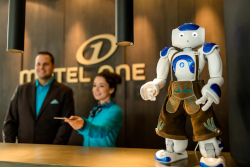 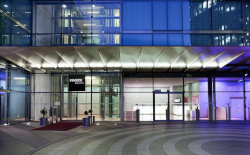 Everyone is welcome at PyConWeb.

Those who would like to attend but cannot afford it are encouraged to write a request to finaid@pyconweb.com.

Request should include a few words about the current professional status, connection to Python, and availability to help at the conference.

Applications are open until 1st of April 2020.

If you have any special needs, don't hesitate to write to info@pyconweb.com.

No spam, 2 messages per year

We would love to invite every Pythonista around, from newcomers to superheroes.

It would be a great help if you could simply share this page. 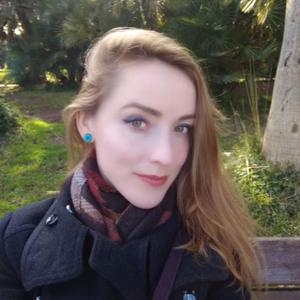 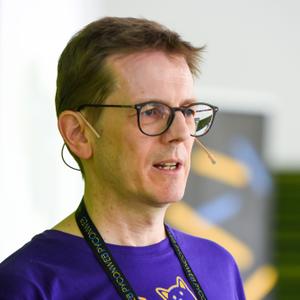 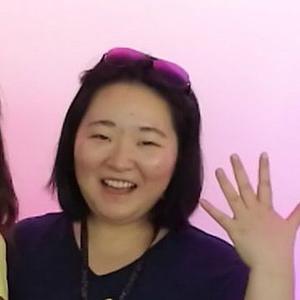 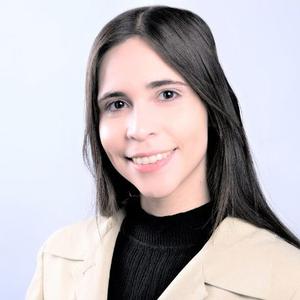 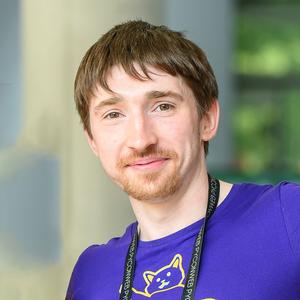 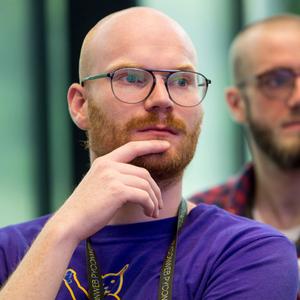 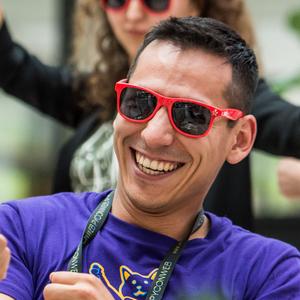 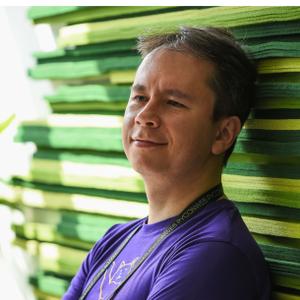 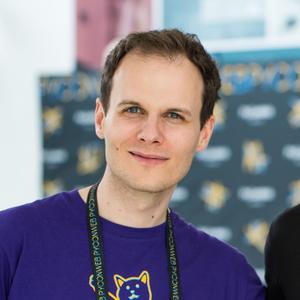 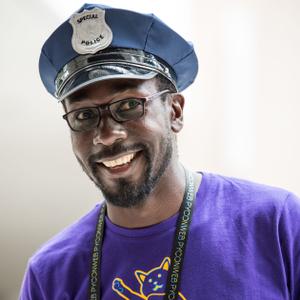 Join our Telegram group, post any questions or suggestions.

Thanks, we're looking forward to having you!

You should receive an email with your ticket and receipt now. One week before the conference we will send another one with all the details put together.

That's it, you're joining! Let's make this conference an epic adventure🤘

Could you support us by sharing the news? 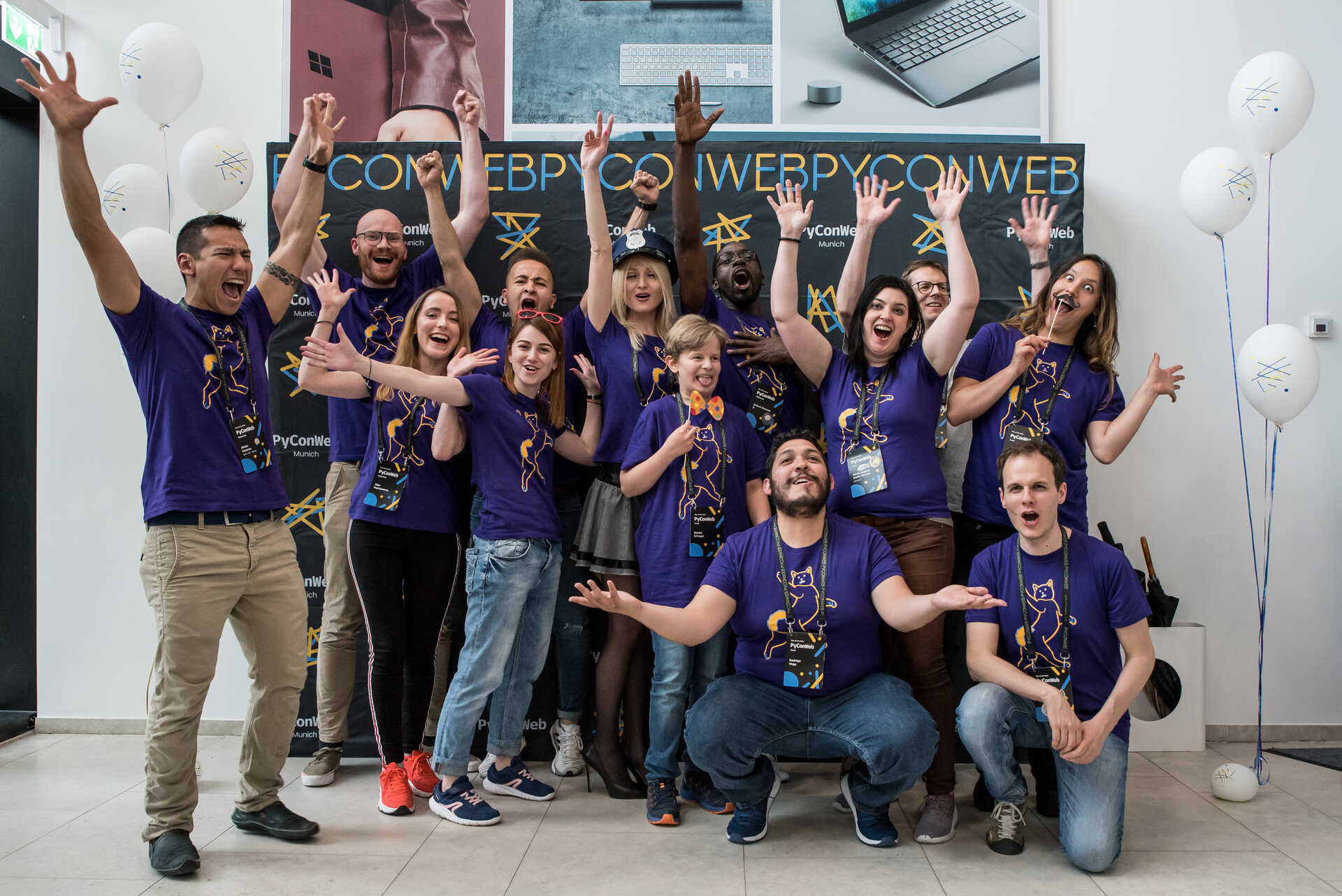